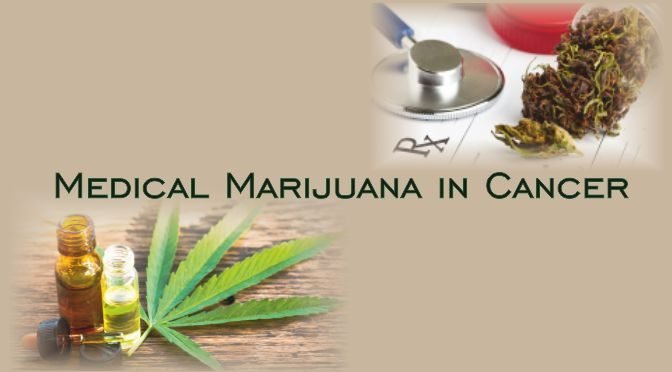 For centuries, marijuana has been used for a variety of reasons. Even today, its recreational use is the most prevalent, though it is illegal in most countries. Beyond recreation, marijuana has many uses, especially in medicine.
Marijuana, as we know, is called cannabis scientifically. It has two main active ingredients, called cannabinoids. These are tetra-hydro-cannabinol(THC) and cannabidiol. While THC is attributed with the euphoria and ‘high’, it has also been found to have a beneficial effect on dealing with the side effects of cancer like nausea, vomiting, loss of appetite and depression and anxiety.
Patients look to cannabis with two main objectives: dealing with the side effects of the cancer therapy and to achieve anti-malignancy responses. THC has been clinically demonstrated to prevent the loss of appetite caused by chemotherapy, vomiting and nausea. Cannabis also acts as an analgesic, anxiolytic and a sleep inducer. Even though there are as yet no controlled clinical trials to corroborate these observations in humans, certain cannabinoids have shown responses of this kind in different animal models of cancer. Still, patients around the world use cannabis as it is cheap, and, in their minds, effective.
Research has shown that cannabis can rapidly and effectively reduce or counter:
• Anxiety
• Depression
• Lack of Appetite
• Insomnia
• Nausea
• Pain
Looking at its various effects:
• Antitumor Effects: One study in mice and rats shows cannabinoids having a protective effect against the development of certain tumors. Mice and rats were given various doses of tetra-hydro-cannabinol by gavage. In mice, a dose-related decrease in the incidence of hepatic adenoma tumors and hepatocellular carcinoma (HCC) was observed. In rats, decreased incidences of benign tumors (polyps and adenomas) in other organs(mammary gland, uterus, pituitary, testis, and pancreas) were observed. In another study, delta-9-THC, delta-8-THC, and cannabinol were found to slow down and prevent the growth of Lewis lung adenocarcinoma cells in vitro and in vivo.
• Antiemetic Effects: Preclinical research suggests that emetic circuitry is tonically controlled by cannabinoids. The involvement of cannabinoids in emesis prevention has been shown by their ability to suppress vomiting caused by cisplatin in the house musk shrew and lithium chloride in the least shrew.
• Appetite Stimulation: Any person who has ever inhaled or ingested cannabis can attest to the resulting ‘munchies’. Even though there haven’t been many clinical studies done to prove this, cannabis has been associated with an increased appetite.
• Analgesia: The knowledge of cannabinoid-induced analgesia has been increased through the study of cannabinoid receptors, endocannabinoids, and synthetic agonists and antagonists. Cannabinoids cause analgesia through supraspinal, spinal, and peripheral modes of action, acting on both ascending and descending pain pathways. Activation of their receptors should show a major decrease in the pain reception. Even though the analgesia induction through the various receptors is mainly speculative, this demands further research.
The bottom line is that, though marijuana is not necessarily a cure for cancer, THC and other cannabinoids do appear to have demonstrable cancer-fighting properties, and it would be beneficial for all to investigate and study these effects in a proper clinical setting.